Lucknow, 16 September 2020: In view of the upcoming by-elections in Uttar Pradesh, the Congress Party has decided to jump into the electoral fray with all might by galvanizing the organisation in every respect.

It is noteworthy that by-elections are going to be held in eight assembly seats in the State in coming days. As part of the electoral preparation, committees has been formed to take applications from every seat. Only the committee headed by senior state leaders will select the candidate and send the list to president for approval. State Congress unit president Mr Ajay Kumar Lallu has constituted these committees today. The by-elections are to be held in Naugawan Sadat (Amroha), Bulandshahr, Tundla (Firozabad), Swar (Rampur), Bangarmau (Unnao), Ghatampur (Kanpur Dehat), Malhani (Jaunpur) and Deoria Sadar seats. 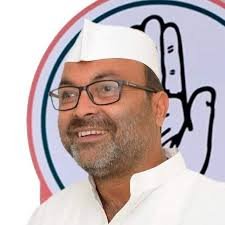 Social menu is not set. You need to create menu and assign it to Social Menu on Menu Settings.